This is an updated version of a blog published earlier on Daily Kos and a talk given to the Anthropology Department Colloquium at Idaho State University.

The truth is stranger (or at least uglier) than fiction. This is as true in the Intermountain West of Idaho and Utah as anywhere else. If you doubt it, see this story and video about the Mormon Council of Twelve covering up child abuse by a member of the church’s General Leadership in Utah. For the uninitiated, the council is for many Mormons a higher authority than the Vatican Council is to Catholics. Growing numbers of Mormons no longer see that council as infallible.

The point of the Utah story is to place the rest of this blog in a real world context in which fiction concerning political conflict in the region is not wildly off base. So much for truth, let’s turn to another part of the Intermountain West north of the Utah border in southern Idaho.

Captain America is a comic book and film character that gets a particular kind of attention due to what it represents: America. Will that be the America progressives  want it to be, or ‘murica? I want to travel back in time to 2010, when Captain America #602 was the focus of anti-comic book hysteria for the right that was exceeded only by televised anti-comic book hearings in the 1950s. Those hearings by the Senate Subcommittee on Juvenile Delinquency were the brainchild of Estes Kefauver. Kefauver later ran for VP with Adlai Stevenson, and tried tried to make a name for himself by flaming comics the way that Joe McCarthy attacked the film industry. How well did that work? Sad to say, pretty well. For many years, superhero, horror, and crime comics all but completely disappeared. Some companies like EC Comics were forced to close, but that led to one of the 20th century’s success stories when EC’s title Mad changed to a magazine format to avoid censorship. The rest is history.

The concern here are the bizarre and politicized twists that occurred in the discussion of CA #602. On February 8, 2010, Warner Todd Huston posted an entry on Publius Forum about CA #602 entitled “Marvel Comics: Captain America Says Tea Parties are Dangerous and Racist”:

Marvel Comic’s Captain America is the mightiest soldier with the super powerful secret soldier formula that makes him a super man. Sadly, this muscle bound hero that took on the whole Nazi army during WWII seems to be afraid of those American people who’ve joined the Tea Party movement. Not only is Cappy quaking in his little red booties, but he’s sure that the Tea Party folks are dangerous racists, too.

Isn’t it wonderful that a decades old American comic book hero is now being used to turn readers against our very political system, being used to slander folks that are standing up for real American principles in real life — and one called “Captain America” at that?

This issue of Captain America is the first in a four-issue story arc, “Two Americas,” in which Cap and his partner, the Falcon (introduced years ago in comics, and in movies in The Winter Soldier), prepare to infiltrate and stop a terrorist organization called the Watchdogs. They stake out a tax and health care reform protest in hopes of spotting signs of the organization, and instead find protesters holding signs with messages inspired by those from real tea party protests, including “Keep the Government Out of My Medicare” and “Tea Bag The Libs before They Tea Bag You.” Huston continues:

The Falcon character then snidely tells his partner the Captain, “So I guess this whole ‘hate the government’ vibe around here isn’t limited to the Watchdogs.”

The two then discuss their plan to infiltrate the subversive group that Marvel comics seems to be linking to the Tea Party movement. This discussion culminates in The Falcon wondering how a black man would do such a thing. “I don’t exactly see a black man from Harlem fitting in with a bunch of angry white folks,” he tells the incognito Captain America.

This account of the story as an attack on “real American principles” by a character “quaking in his little red booties” is a surprisingly effortless gloss on imagery and rhetoric of Joe McCarthy in the Cold War years of the early 1950s. But how much of what Huston claims actually happens in the story? Nowhere does Captain America say that tea parties or their members are dangerous and racist, nor does he show any fear of protesters or slander them. The essay’s language also serves to direct readers in what they should think about the story, for instance, by describing the Falcon as snide for wondering about the potential for racism at such a rally in Idaho, the land of Ruby Ridge no less. There is nothing actually snide about the quote Huston presents. Huston closes by stating that Marvel Comics has made “patriotic folks” into its “newest super villains,” which doesn’t happen either.

Despite its inaccuracies, for such a brief essay it garnered a lot of attention. One day in 2010, I counted 2680 hits for this blog entry by Huston in a Google beta search. Judging from how the blog was reproduced and disseminated across the internet, there are a lot of people out there sympathetic to Huston’s claims, many of whom have never read an issue of Captain America. Or could really care less about it, except for what they think a character called Captain America should represent.

Other members of the media and blogosphere, including Keith Olbermann, quickly came to Cap’s defense, chiefly over Huston’s use of the Falcon’s comments to claim that Marvel is calling tea partiers racist, which several characterized as a tactic for denying that there’s been racist behavior at the tea parties.

One of the most disturbing aspects of this is not just the vitriol over things like the Falcon’s more than justified comments about racism at tea party rallies, which was already well documented in 2010. It’s how this situation relates to censorship, which has been the primary point of intersection between American politics and comic books. Racism is terrible but censor artists even in comic books and it is immediately a lot harder to do anything about it. Commenting on Huston, Village Voice blogger Roy Edroso wrote:

It’s like Fredric Wertham’s Seduction of the Innocent all over again! Only the cause this time is not sexual perversion, but “moral relativism,” embodied by a comic book character talking down a street demonstration …

There are a lot of people out there (some associated with tea parties, others not) who are racist. And many don’t care who knows about it. Some have been people I went to high school with, another was a former student of mine who for nothing more than sharing a Black Lives Matter link on Facebook accused me of hate mongering. If they can control what’s in something like comic books, we are well and truly screwed. Comics, like the movie Captain America: The Winter Soldier, let us wrap our mind around issues which are sometimes easier to deal with when blown up to cosmic proportions in fiction than in daily life. And it’s just comics. No one is forced to read or even care about it if it’s not their cup of tea. Popular culture allows us to unload about social or political issues we’re unable or unwilling to directly comment on in public. (Anyone worried about who’s reading your Facebook posts will know what I mean.) It’s important in helping us decide if we’re willing to accept the sometimes deadly hypocrisy around us as the status quo. If Captain America is a symbol worth fighting for, what does it mean if he’s not saluting leaders of tea party rallies or he’s black? The much maligned comic book, once considered no better than the worst (best?) porn, has long been a forum for “politics by other means” as Walter Benjamin once said about popular culture. That made comics an attractive target in the political witch hunts of the 1950s, and in a brief reprise in 2010. And no doubt it will again. 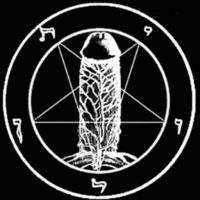 Scrawlings of a Satanic Sweetheart

The Dreamlands of Randolph Carter

A World Made Out of Stories

Consulting the pineal gland for fun and prophecy

Popular culture, the political, and the weird with some history and archaeology. With pictures and video.